From Comillas urban area you can easily drive to its suburbs and municipal districts, which are also artistic attractions for the tourists. 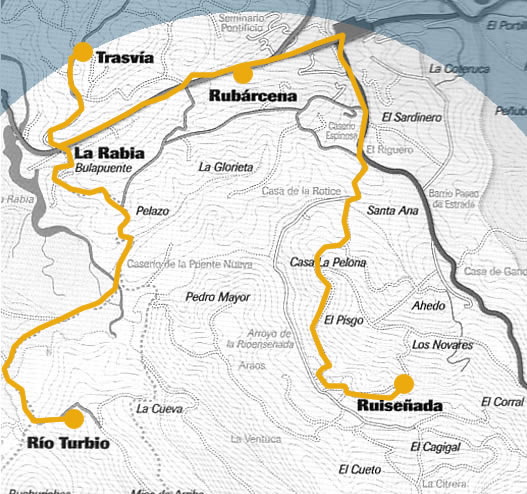 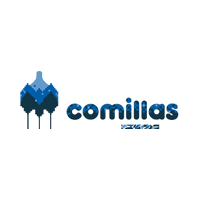 Ruiseñada is accepted to be one of the principal entrances of the Monte Corona forest. It contains various suburbs which display an interesting architectural collection. The most significant places are:

CHURCH OF SAN ADRIAN
San Adrián is situated in Sopeña and was built at the end of the fifteen century. It consists of a unique nave and a tower. This temple stands out because of the classical structure of the West door, which is thought to be reconstructed over an ancient church. The door has a pointed arch supported by ashlars pillars, which differs from the stonework on the rest of the construction. The apse is simple with a tracery front window and a horizontal frieze depicting popular themes.

In the past, municipal meetings, chaired by the Lord of the valley, took place under the colonnade of the church on Sundays after Mass and whenever the bell was tolled.

THE BRACHO’S STATELY HOME
Based on a medieval collection of houses is the so-called “Casa de los Arcos”. The ensemble includes a Romanesque tower, two doulble-storied mansions based on square plans and a hermitage dedicated to Saint John that has been refurbished as a house.

SANTA ANA’S HERMITAGE
This neo-Gothic temple is composed of a unique rectangular nave and is located in Piroga. It was founded in the times of the Marquises of Comillas. It is said to have been designed by the same artists who worked on the Pontifical University. On the main façade is a pointed door supported by brickwork jambs. Above is a neo-Gothic undecorated tympanum with a plaque of limestone that bears the IHS, Jesus ominis Salvatoris, and stands for Jesus, Saviour of Men. On the top there is a limestone Latin cross. The gable roof is made of wood. The altar bears an image of the Sacred Heart to whom the church is dedicated.

SANTA APOLONIA’S HERMITAGE
This consists of an almost quadrangular floor plan and it is located in the main square of La Molina. The façade is framed by windbreak walls and windows, which are finished on ashlar stone. On the roof a large eave protrudes and over it has been erected the steeple, which is decorated with a Romanesque arch.

EL CARMEN HERMITAGE
It is situated in Araos and was the town’s hermitage even though it was a private property. It consists of a nave, a pointed door, a tympanum sparsely decorated by a beige-coloured band and framed by two wrought-iron rectangular openings also decorated with a band of the same colour.

LA MEAZA CAVE
This cavern was discovered on the eleventh of March 1907 by Hermilio Alcalde del Rio, chairman of the School of Arts and Crafts of Torrelavega, on one of his explorations. It is situated in La Molina, Ruiseñada and is thought to have been a formal meeting place for prehistoric men.

The entrance, which is ten metres wide, faces southwest. Within, there is a grand hall covered with paving stones. At the end of this is the sole drawing known in the cave. It is dominated by a red symbol, several dotted lines which depict twisting characters.

The painting is quite difficult to date as it is not related to others of that precise age. Nor is it possible to identify by means of pigment techniques, as they did not use organic materials. Nevertheless, it can be compared to the paintings of El Chufín and El Arco, which date from 20,000 B.C.

In 1997 the cave was declared Site of Cultural interest.

SAN ESTEBAN HERMITAGE
This is located in one of the hills of the Monte Corona forest, and once was used to guide fishermen home. At that time, however, it was whitewashed; when the temple was refurbished, the north façade was the only wall that was left white.

It contains several examples of traditional architecture, and a small hermitage devoted to San Miguel. This simple church has a rectangular floor plan. Its main façade is framed by ashlars windbreak walls. The Romanesque door has a Romanesque opening on either side and above is a circular window.

This Municipal district is situated on the west of Comillas and is remarkable for the Hermitage of San Andrés and its views that overlook the La Rabia lagoon and the dunes of Oyambre.

HERMITAGE OF SAN ANDRÉS
The church of San Andrés has a unique rectangular nave. The main facade has a Romanesque doorway. The gable is decorated with ashlar windbreak walls. The three-sectioned square bell tower ends in a pyramidal stone spire.

In front of the temple is a paved square enclosed by a brickwork wall, very similar to the brickwork used on the Pontifical University. The school next to it is also part of the same ensemble and was constructed in 1984 and funded by the Marquis of Comillas.

GERRAMOLINO
Don Santiago Güell López, son of Don Eusebio Güell and grandson of the first Marquis of Comillas bought this English Romantic house which was constructed in the middle of the nineteen century.

CASA OLANO
This house was designed by José A. Coderch de Sentmenat and M. Valls Gadea (1957). This building is a good example of modern international architecture and as well meets the local needs.

It is referred to as la Rabia, in English “anger”, because its waters flow quickly and with strength due to its narrowness, waterfalls and cataracts. The La Ría de la Rabía lagoon and the beach of Oyambre make up one of the most wonderful and best preserve spots throughout the coast. It is protected from the sea by a big sandy area. It has a diverse flora, thick woods of alders, hazels and willows. This spot has also an extraordinary population of birds, seventeen species in all, who get shelter there during the winter. The most important are the mallards, the teals and the big cormorants.